Earlier in the year, I re-christened Power Holding Company of Nigeria (PHCN) and Ibadan Electricity Distribution Company (IBEDC). At their reverse rebirth, I attached negative inflection to the last letters of their names (initials):

My conclusion was precipitated by daylight robbery of power consumers in my areas, vis a vis, almost total blackout for which we were compelled to pay outrageous power bill. Even when we had none.

But, our story is changing, for the better.

Here, we have spent about a week now with power supply everyday. And while the supply is not regular and while we’ve not had it for 24 hours running, the changes we have now are significant.

Our two power generators have not worked for three days. This is a big economic relief.

And while the lingering ‘mandated’ contribution for installation of new power transformer I mentioned in ‘A MIRACLE…’ ( https://femiolas.wordpress.com/2015/12/19/a-miracle/ ) is still imminent, this improvement is a welcome development.

I will, for now, refrain from using ‘Nonsense’ and ‘Cheat’ to refer to them. But, I reserve the right to revert if the improvement becomes stagnant and/or degenerates. 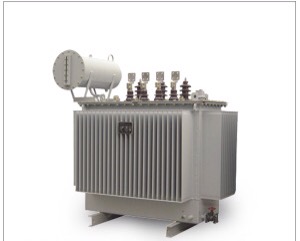 A miracle happened around 8am today. And disappeared around 11am. Same miracle re-materialised at 9:09pm today.

Now, this is a mixed miracle – harbinger of joy, and also of apprehension. The miracle is electricity supply.

Today is our OFF day. But we’ve had (and now have) power supply today. Yesterday was our ON day (and characteristically, it was supplied around 9am and went off around 12pm yesterday). It was restored around 7pm but went off before bedtime. Only to be restored at 5:30am (it went off shortly after – signaling the start of our OFF day).

But a miracle happened. We had power supply at 8am, on our OFF day.

Ordinarily, the should be a thing of joy for people who had hitherto had their mind reconfigured to celebrate darkness; paying exorbitant charges to private power companies, legally allowed and abetted by government to cheat its poor citizens.

Is this a lasting miracle, or is the power manager playing Father Christmas today? Or there is a hidden motive?

Last Saturday, the first callers in my house were people soliciting for money to install new power transformer for my area. Saturdays are days we sleep till when somebody is hungry in my house, but a jarring doorbells (here it is gate-bell: most houses in Nigeria are self-constructed prisons – high fence, intimidating gate, iron doors, burglarproof windows), terminated our sleep. Two people defied the cold weather. They wanted to see me.

Their mission: A power transformer bought by a former PHCN staff (former government power company) needed to be installed for my area. And IBEDC (private power company) insisted the people in my area must pay over N600,000 for installation. Hence their visit to the poor me.
(We had between January and February this year contributed over N300,000 to repair a faulty transformer, and spent 47 days in total darkness).

I wondered why we should pay over half a million Naira for private power company to install a free power transformer they ought to supply and when they should have written a ‘thank you’ letter to the buyer of the transformer. This same company will still collect their unmerited monthly charges. Yet, they threatened to disconnect us if we don’t pay for the installation.

This background set the apprehension of our miracle power today.

Nigeria is so lawless that cutting off power is a possibility when somebody offends the girlfriend of a power manager. Cutting off our power would be nothing. Excuse of not paying the money when they ‘graciously’ supplied us power for few hours our on our OFF day is more than enough.

Is this a cane and a carrot strategy? Is this new power miracle coming to stay? Or the beginning of dark days ahead?

I keep my fingers crossed. Waiting.

The real problem lies in multiple of followers who blindly defend humongous atrocities of these leaders, even when their lampoonable stealings of their principals are no longer defendable. And when there is irrefutable evidence to nail them.

It is unbelievable that some Nigerians – because of consanguinity; shared relationships precipitated by political party affiliations, ethnicity, etc – still celebrate their stealing Lords of the manors, despite revelations of heartless massacre of our commonwealth.

Some army of PDP foot soldiers and ethnic irredentists have, in the last few days, invaded the Internet, rationalising the historic stealing of our money under President Jonathan. They see nothing wrong in it.
It would seem some have atrophied brains. It is such an antediluvian mentality that keeps us in perpetual reverse motion.

Some loyalists and scrub eaters have jettisoned common-sense (in reality, common-sense is not common): forgetting that there should be fine lines – defined demarcations between loyalty and descent into the comity of idiots. Only associated fools should see nothing wrong in defending a lost cause.

Former NSA, Col. Sambo Dasuki (rtd), the principal distributor of stolen billion of dollars came clean. He named his accomplices. And some of the said accomplices have equally turn to singers, with futile rationalisation of their culpabilities in one of the greatest malfeasance of the century. Yet, their irredeemable praise-singers accelerated their defence.

(The accused pleaded guilty; yet the lawyer insist his client is not guilty. Isn’t that insane?)

Only a mad thief will plead not guilty to the judge by citing previous stealing and envisaged stealing of others thieves (both senior and baby thieves) to escape the slammer. It is not done that way.

Nobody asked President Jonathan to supervise stealing. Nobody handicapped him from probing his predecessors. Nobody told his lieutenants to be yam eaters.

Crimes have been committed. The guilty shall dance naked in the marketplace.

In fact, it will be a thing of joy if another new party (not PDP. The party is irredeemable) won the next or subsequent elections, so the current ruling APC can be probed.

SOCIAL MEDIA CAN MAKE, UNMAKE YOU!

I woke up today doing my usual morning touring of the Internet and social media – Twitter, Facebook, reading saved news and articles in Pocket and inescapable response to messages on BBM, FB and WhatsApp (God knows I hate chatting: but I’m morally bound to respond to some sane messages – and I have my ways of circumventing opprobrious ones).

Then I stumbled (or was it deliberate) on Suraj Tunji Oyewale’s Facebook wall, where my name featured alongside big fish – call it fishes if it suits – Prof. Pius Adesanmi, Gimba Katanda, erudite Prof. Fola Lasisi, Dayo Williams (the Internet son of man), among others. It was nominations for interneteering, wailing (and hailing), social medial presence, non-rudimentary use of the Queen’s language, etcetera.

My name featured in two categories: CREATIVE USE OF ENGLISH LANGUAGE and JARUS FACEBOOK FRIEND OF THE YEAR 2015.

It was ontologically elevating.

I had about a fortnight ago got recognised by a very ‘Big Fish’, resident in the United States, for commandeering English to his happiness. Details of what transpired between us is very private.

Why am I writing and/or saying this? Simple answer: be wary of what you say or write online.

It can make you; and can also unmake you.

“Jihad is to protect and save lives”. – Imam Ibrahim Saidy.

Beyond the usual reverberating rhetoric and assemblage of world powers at the on-going Climate Change Summit in Paris – tagged COP21 – is the very unusual and equally fascinating conglomeration of religion-inclined climate activists with avowed commitment to world peace. The presence of these activists, sans divisive religious commination, is a reassuring testament that we can all leave in peace; jointly committing ourselves to the common good, irrespective of religious affiliation.

I watched the proceedings of COP21 without much interest until I saw “Green Jihad” on the news report of Euronews TV Channel. At the forefront of Green Jihad is Ibrahim Saidy (an Imam from the Oslo area of Norway).

“We fast for the climate together as one human family”, Saidy said.

It was sooth and interesting to see the word JIHAD – which has been given so much opprobrious connotation – assuming different garb. Positive. Humane. Assuring.

Of course, while Jihadism (in pure, literal dictionary meaning) could be described as any vigorous, emotional crusade for an idea or principle, its provenance is Islamic.

But while Muslims relate well with the word, people of other faiths more or less see Jihad as a dreaded word. And it is a justified fear.

Criminal elements, deranged individuals and religious zealots do evil and claim it is a religion-sanctioned instruction with bountiful rewards hereafter. To them killing and maiming is Jihad. The so-called Islamic State, Boko Haram, Al-Qeda, and many other agents of death daily turn our world upside down.

Jihad is their catchword!

While the likes of Imam Saidy identify Juhad with making our world a better place for all, these bloodsucking death squads kill without let. Other Muslims, to them (except their accomplices and other similar merchants of death) are un-Islamic enough and deserve sordid death; while people of other faiths are similarly not fit to leave.

The world would be a better place if we have more of Imam Saidy. Our world would be better if Jihad is seen and used to foster unity and human progress.

Muslim faithfuls need to redefine Jihad from the sacrilegious definition of these death merchants. Islam and Islamic injunctions and tenets should not be defined by criminal elements.

We can all declare Jihad against hunger, poverty, corruption and other societal ills.

We have a good example in Imam Saidy.
Femi Olabisi (a Christian) is on Twitter: @Femiolas; and blogs at http://www.femiolas.wordpress.com