CROSS RIVER: SAVE THE FOREST, MAKE THE POOR POORER 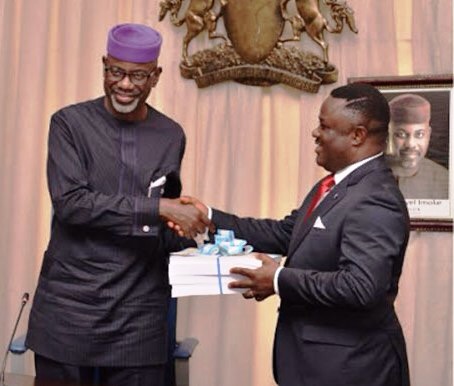 Only heaven knows how those in government think, and if they ever had the people they govern at heart when it comes to policy formulation and implementation. Cross River State comes to my mind.

The incumbent Governor, Prof. Ben Ayade is muting a ban on the use of wood to roof houses in that state to preserve the forest. He has probably forgotten that the largest percentage of that state is very poor and cannot afford using steel for roofing.

(Incidentally, same government granted concession to Dangote’s company Dansa Allied Agro on logging activities. Owner communities didn’t get any. It is a case of protecting the rich to make the rich richer, and the poor poorer).

The state government willingly subscribed to be the pioneer state in Nigeria then. But as wont in this clime, the state failed to think of the many families and communities that would be affected; failed to provide alternatives for their survival and went on immediate implementation without adequate preparation.

Today, the ‘haves’ in those communities have become ‘haves not’. Families disintegrated, and poverty become more pronounced.

Yes, the policy of stemming global warming is in order. What’s wrong is disempowering already poor people to implement the policy. I bet those in governments in the West would not allow the policy — or any policy whatsoever — to impoverish their citizens. We pander to the wishes of the West, irregardless of the repercussions to our own people.

Now that Governor Ayade is pilgrimaging on a similar part of making the poor poorer through UN-REDD+ — a journey that may eventually exacerbate homelessness if undertaken — he should be reminded that government is meant to serve serve the people and alleviate their suffering and not add their their litany of problems.

Any policy that will take away means of livelihood of impoverished people without a buffer is nonsense. If steel roofing is made compulsory, the dreams of many to own houses will evaporate. Not many can afford it.